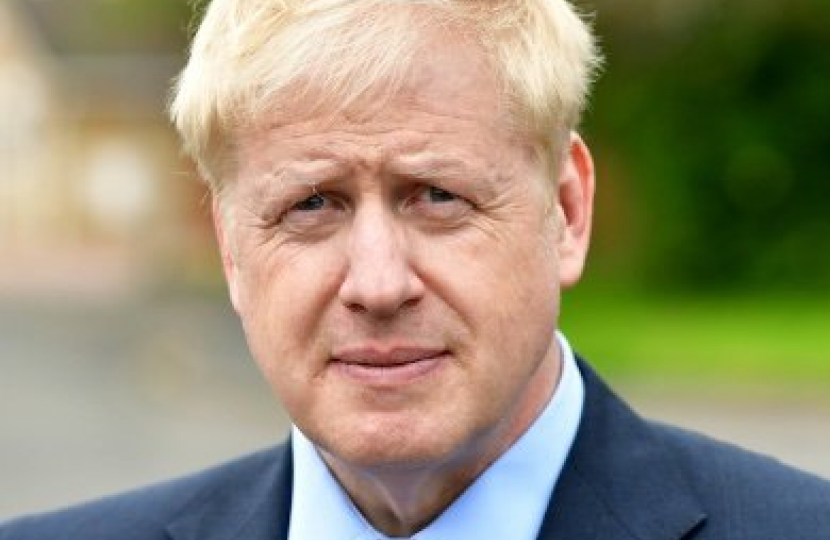 Boris Johnson has written to Labour leader Jeremy Corbyn to demand he "come clean" over what his position is on Brexit.

The prime minister said voters "deserve to have a clear picture of what each potential leader will do when it comes to Brexit".

Ahead of the first TV debates - being staged by ITV - Mr Johnson warned any further delay, or possibly another referendum, risked destroying "all faith in our democratic process".

The letter from Boris Johnson was addressed 'Dear Jeremy'. Credit: .

In his letter, Mr Johnson says: "Your current position seems to be that you want to go back to square one.

"You want to throw out the great new deal we have reached with our European friends, and instead negotiate a whole new treaty from scratch.

"Even assuming the EU agrees to go back to the very beginning, this will take months and possibly years to do - under your proposals, 2020 will be lost to more dither and delay over Brexit.

"Voters also have the right to know: what would your supposed Brexit ‘deal’ actually back control of?

"For months you have refused to say what sort of ‘deal’ you want with the EU. Now the time has come for you to come clean, and explain what your plan really is."

Jeremy Corbyn refused a general election until no-deal was taken off the table. Credit: PA

Mr Corbyn was adamant in the run up to the general election that he would only agree to one once a no-deal Brexit had been taken off the table.

With the EU granting another extension to the end of January 2020, he finally said Labour was in a position to go to the country.

But, the party's position on Brexit is still confused. It will go into this election with a strategy that promises a second referendum but doesn’t say which side the party would support.

The prime minister poses a number of questions of his rival:

A Labour Party spokesperson said: "Jeremy Corbyn has repeatedly laid out Labour’s clear and straightforward policy of getting Brexit sorted by giving the people the final say within six months and will do so again tomorrow in a major speech."