Theresa May Confirmed as New Leader 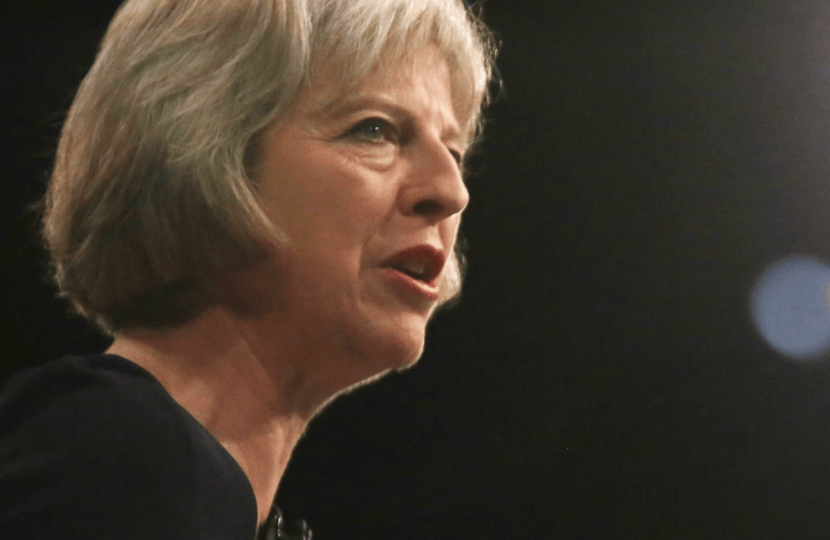 Following the announcement by David Cameron that he would be stepping down as our Leader and Prime Minister in the wake of the 'Leave' Vote in the UK Referendum on 23rd June, the subsequent leadership election process was concluded today. Both Theresa May MP and Andrea Leadsom were due to be put before the Membership of the Party in an election for the leadership of the Conservative Party and Prime Minister of the United Kingdom. With the withdrawal of Mrs Leadsom, the process has come to an end with Mrs May being confirmed this evening as the new Leader of the Conservative Party.

'The Parliamentary party has come together and united behind a strong leader at a critical moment for Britain. Normally, I would have wanted members to have had the opportunity to select our new Party leader. But these are not normal circumstances and all good Conservatives put country first.
I warmly congratulate Theresa May on becoming leader of the Conservative Party and I'm sure she will be a hugely successful Prime Minister.'

It is expected that Mrs May will be asked to form a government by Her Majesty The Queen when David Cameron resigns following his final Prime Ministers Questions on Wednesday at 12.00pm.

Mrs May has issued a statement saying:

'I am honoured and humbled to have been chosen by the Conservative Party to become its leader.
I would like to pay tribute to the other candidates during the election campaign, and I would like to pay tribute to Andrea Leadsom for the dignity that she has shown today.
I would also like to pay tribute to David Cameron for the leadership that he has shown our party and our country.
During this campaign, my case has been based on three things.
First, the need for strong, proven leadership to steer us through what will be difficult and uncertain economic and political times.
The need of course to negotiate the best deal for Britain in leaving the EU and to forge a new role for ourselves in the world. Brexit means Brexit and we’re going to make a success of it.
Second, we need to unite our country.
And third we need a strong, new, and positive vision for the future of our country. A vision of a country that works not for the privileged few but works for every one of us.
Because we’re going to give people more control over their lives, and that’s how together we will build a better Britain.
Thank you.'
Rt Hon Theresa May MP Leader of the Conservative Party

Nadine Dorries our MP for Mid Bedfordshire has said:

I am delighted that following a statement from the Prime Minister, that Theresa May will travel to Buckingham Palace for an audience with the Queen late on Wednesday and is expected to take the reins of office from Thursday.

The markets have responded positively to the news, as have all MPs.

Theresa has today made a very positive announcement providing us with a snapshot of what to expect from her in the future, a fairer and kinder system of capitalism and a full Brexit.

She will have the ability to unite all sides of the party and she will have my 100% loyalty and support.'

Mid Bedfordshire Conservative Association remains committed to supporting both our MP and new Leader. The opportunity to unite as a party in the face of a failed Labour Party Opposition and lead our nation boldly on into a prosperous, independant and Conservative future must surely now be first and foremost in our minds.